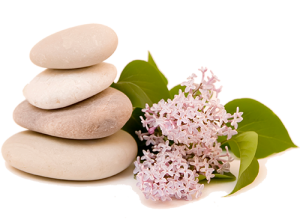 It is our mission to take enough time to truly learn about each client we have the privilege of meeting. We strive to fully understand the body, to realize the hand is not separate of the foot – everything in a body works together so it must then also be treated as an entire body.

Established in 1999 by Jackie Boyd, Boyd’s Alternative Health believes that every medicine we require was put on this earth in the form of food so our goal is to educate people so they aspire to live a healthier, more enriched life.

When our boys were young, one of them had a “pee issue”. After many trips to the doctor we were finally referred to a specialist at the Children’s Hospital in Calgary. A few months and a couple laparoscopy’s later, they still could not tell us why he was having problems. My husband asked what they were looking for and their reply was a blockage, which made sense at the time. Our next question was, if you find a blockage, what is the next step?

We were told that if a blockage was found, they would do surgery when he was 16. He was 4 at the time. Waiting 12 years was unacceptable to us so we began exploring options. My Mom had told us about a man that tested people with regard to their health. He was in Red Deer periodically and she would make an appointment for us.

Our appointment day arrived and I was apprehensive. I didn’t really believe in alternative health, especially after the Children’s Hospital couldn’t find anything. I just about canceled that appointment but decided it was worth a try. If we didn’t like what we heard, we could just leave. So we went and were so very happy we did!  Within six days of taking the suggested supplements, my son’s two-year long problem was gone!

At the time, I actually didn’t believe it was the supplements, however, we went to the follow-up appointment. I wanted to really test this “alternative health” thing out, I told him that I would give him two years to deal with my Asthma because it was really getting bad. Living in the smoggy city had nothing on living in a dusty, crop sprayed country setting. My breathing (or lack thereof) was a huge problem and I needed help! I just about walked out of that appointment when he recommended a bowel cleanse.  I thought my lungs and my back end were a long way apart, but nothing else had helped so I really had nothing to lose.

In the weeks that followed I barely left my house. I did not know that a body could hold that much, lets call it… stuff. After six months of cleansing and taking respiratory support herbs, I no longer needed my inhaler. I carried inhalers for a year, terrified that I would not be able to breathe again.  That was 20 years ago and I have never needed one since.

Needless to say, I was sold on “alternative health” and wanted to learn all about it. I began taking courses to help my family. I soon found my time as a stay-at-home Mom divided by people coming for help and advice. My husband suggested that I turn it into a business since I was spending the time anyway and sending them to other stores for products. I guess the rest is history.

In 1999 I hung my sign up and had my first few clients. Many courses and experiences later I know that I will always enjoy learning more about this fascinating body we live in!  I certainly didn’t start out with this career in mind but I wouldn’t trade it for anything. I love meeting people, really getting to know them over the years. I truly care about my clients, in more than just a business or health capacity.  Many I have come to consider dear friends.

Together, my husband Bob and I have raised four boys and are now welcoming daughter-in-laws to our family. We enjoy spending time with our grandchildren as family is the most important part of our life. I love to travel and meet new people. I love my career, but if I had to choose I would always choose family.