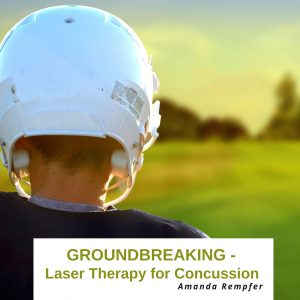 Laser Therapy for Concussions is becoming a significant factor in achieving recovery from both short-term and long-term concussion symptoms. Concussions are often referred to as Traumatic Brain Injuries (TBI) and up until Laser Therapy (Low Level Light Therapy), we’ve had limited available resources to fully recover from such an injury. Cognitive Rehabilitation Therapy has been the most utilized and successful form of rehabilitation, particularly for the more severe cases. This kind of therapy can take the patient only so far along the rehabilitation journey. Now, it is widely recommended that the patient use Cognitive Rehabilitation Therapy in conjunction with Laser Therapy for a higher likelihood of full rehabilitation with minimal to no remaining symptoms.

“After attending a BioFlex Training event a few years ago, Jackie and I began using Laser Therapy for Concussions. We have had the privilege of treating a number of individuals with the laser that were suffering from concussions and have seen a significant improvement in their short-term and long-term symptoms.” – Amanda Rempfer, BioFlex Laser Technician and Zyto Practitioner.

What is a Concussion and how does it happen?

“A concussion is a traumatic brain injury that affects your brain function. Effects are usually temporary but can include headaches and problems with concentration, memory, balance and coordination. Concussions are usually caused by a blow to the head. Violently shaking of the head and upper body also can cause concussions. Some concussions cause you to lose consciousness, but most do not. Falls are the most common cause of concussion. Concussions are also common if you play a contact sport, such as football or soccer. Most people usually recover fully after a concussion.” – SOURCE

Concussion symptoms can last from minutes to days and in some instances become chronic or permanent.

The Glasgow Coma Scale classifies concussion based upon the level of consciousness of the patient:

Moderate concussion can result in stupor and lethargy.

Severe concussion can cause patients to experience a comatose state, a heightened risk of hypotension, hypoxemia, and edema of the brain.

Invariably, all forms of concussion result in varying degrees of inflammation of neurological tissue, accompanied by pain and neurological impairment.

How does the Laser Therapy Work?

Low Level Light Therapy utilizes light energy to produce biological effects in tissues. For over 50 years, LLLT or LILT (Low Intensity Laser Therapy, same thing) has been recognized for its high safety profile and has been used without report of any adverse side effects. Here are three of the areas that Laser Therapy has been known to improve:

Collectively these features provide evidence that Low Level Laser Therapy is well aligned to resolve the signs and symptoms of Traumatic Brain Injuries including Concussion. In addition, the interview (featured below) from Dr Margaret A. Naeser explains how oxygenation in the cells of the brain improves their overall function. Put simply;

“The red light and near-infrared lights applied to the head will help the mitochondria in the cells to have more oxygenation and more normal function” – Dr Margaret A. Naeser, Ph.D. (interview seen in the below video)

Our clients have felt results in the middle of the first treatment in some cases. They have more mental clarity, relief from the headaches, whiplash, and nausea. This isn’t always the case depending on how long the person has been suffering for. We recommend treatments at least 3 times a week for 4-6 weeks and then we can space the treatments out to 2 time a week depending on if the client is feeling the results. If your injury didn’t happen recently, it will take more than a couple of treatments to recover.

A Beautiful Partnership in the Recovery of Concussion Patients

The present-day techniques of craniosacral therapy address connective tissue restrictions throughout the body, prioritizing “lesions” in order to facilitate release of the primary cause of dysfunction.  The CSR is used as a feedback mechanism and measuring tool for the mobility of the laminar connective tissues of the body.  As the dura mater forms, the walls of the venous sinus system and intracranial membrane system, releasing restrictions of both the dura and its bony attachments, allow access to both the cerebral vasculature and intracranial infrastructure.  The ability for concussion and post concussion relief, when including Cranial Sacral Therapy, can be of huge benefit and is painless.

“We’ve had some wonderful protocols established with excellent results.  The same protocols have been used post Stroke with much the same exciting results.  Amanda and Zoe are both trained and certified to help with these very troubling problems.  I can help you with Cranial Sacral Therapy and if you apply both therapies together it can bring you much relief with no invasive procedure required beyond and a long-term solution.  There is very little help for concussion other than time in our medical system today.  We have a solution all in one stop!” – Jackie Boyd, Owner/Practitioner Boyd’s Alternative Health

Concussion In the Theatres 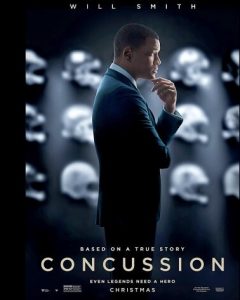 Have you watched the movie “Concussion” starring Will Smith? It is a riveting true story about a forensic pathologist, Dr. Bennet Omalu (Will Smith). While conducting an autopsy on former NFL football player Mike Webster (David Morse), Dr. Bennet Omalu discovers neurological deterioration that is similar to Alzheimer’s disease. Omalu names the disorder chronic traumatic encephalopathy and publishes his findings in a medical journal. As other athletes face the same diagnosis, the crusading doctor embarks on a mission to raise public awareness about the dangers of football-related head trauma.

This movie will give you an eye-opening picture of the consequences of severe and recurring concussions as well as the dedication and passion behind the Doctor who discovered the disease “chronic traumatic encephalopathy”. It begs the question… If these athletes utilized the benefits of Laser Therapy, would they have suffered the way they did? 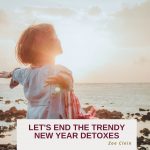 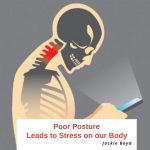 Poor Posture Leads to Stress on our BodyHealth & Wellness