We often hear about Free Radicals and how bad they are for us.  Most people don’t really understand what it is that they do that is so destructive to our body so I will attempt to give you an example using a situation people can relate to.  Just remember …Vitamin E and Selenium is the answer to this free radical problem.

What are free radicals?  They are not former Communists, although they are kind of immoral.  They are molecules that are “single” and looking for partners, not unlike a dangerous person with ill intentions who is looking to befriend a sweet couple.  They look for a mate by stealing someone else’s partner or by attaching themselves to a couple.  Just like the “other” woman or man, they cause a lot of disturbances and destroy relationships.

The most common and potentially hazardous free radicals are the oxygen “singles”.  We are oxygen-breathing animals and we cannot live without it, yet our cells are constantly traumatized by oxygen free radicals.  They may deform and corrode any partner they touch.

Free radicals, like most antiheroes, do have their good side.  They play a big part in our ability to kill microbes, and without them we would be helpless to break down food, twitch a muscle, think a thought, or reach for a vitamin pill.  Free radicals are controlled with extraordinary precision by our bodies, and usually they are kept in line.  It is only when we age or are under abnormal stress that free radicals escape assigned duties and begin doing their dirty work on our cells.  Environmental factors such as cigarette smoke and pollution seem to increase production of free radicals.

There is a large body of evidence stating that free radicals can directly and indirectly:

~ damage fats within the cells ~ fragment DNA strands, producing genetic mutations ~ damage proteins, resulting in the loss of biological activity ~ produce inflammation ~ cause severe injury or cell death in the lungs ~ damage blood vessels ~ decrease the activity and availability of neurotransmitters(brain chemicals that carry messages from one nerve cell to another) ~ change LDL (bad cholesterol) ~ promote cancer ~ produce signs of aging such as wrinkles and deterioration of other organs ~ contribute to the development of a number of conditions such as cataracts, arthritis, Parkinson’s disease, and stroke

Our defenses against out-of-control free radicals are antioxidants. Antioxidants are obtained in multiple ways, they are manufactured in our bodies, consumed through our diets and we can supplement them through our vitamins.  Their job is to break down free radicals into water and oxygen (non-radical) through the action of various defensive enzymes and to reduce the concentration of radicals in the body with the help of free radical scavengers.  For more than thirty years, scientists have known that Vitamin E helps reduce your body’s burden of harmful free radicals.

Vitamin E is essential to the health of red blood cells.  Vitamin E deficiency can cause anemia in many species in different ways.  For example, in poultry vitamin E deficiency anemia causes the leaking of blood into tissues.  In rodents, severe destruction of the red cells occurs only when vitamin E deficient animals are exposed to oxygen stress.  In swine, the anemia is primarily the result of defective formation of red blood cells.  What about Vit E in humans?  It is difficult to experiment with vitamin E deficiency in people because of the possible adverse effects, but in other primate, the rhesus monkey, the results are dramatic!  Dr. Coy D Fitch, professor of biochemistry, at the Department of Internal Medicine, ST. Louis University School of Medicine reported at the International Symposium on Vitamin-Related Anemias in 1968 that simple vitamin E deficiency in young rhesus monkeys always ends with the animal’s death from anemia.

Red blood cells are responsible for carrying oxygen to various parts of the body.  Both vitamin E and iron are necessary for the oxygen-carrying function of the blood.  Too much oxygen can also damage the blood and other tissues.  There needs to be a balance of both.

Is Salt Really That Bad for Me?Health & Wellness 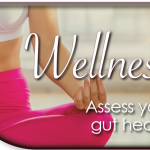