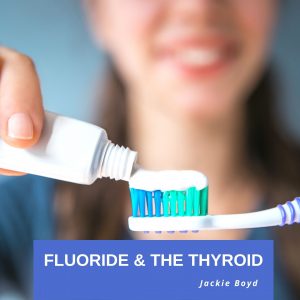 When we hear of toxins, we rarely think something that we purposely do to “help” ourselves could be part of our problem.  One of the toxins that can affect the thyroid in a negative manner is fluoride!  Yes, even though fluoride can be beneficial for healthy teeth, it is actually a hormone disruptor for our Thyroid.

In a study completed by York University there were some very interesting results published. Iodine deficiency can contribute to decreased thyroid hormone production and exacerbate the thyroid-disrupting effects of certain chemicals, as well as fluoride. Fluoride exposures of 0.05-0.13mg/kg/day have been associated with adverse thyroid effects among iodine sufficient people, while lower fluoride exposures of 0.01-0.03mg/kg/day have been associated with these effects among iodine deficient people. (National Research Council, 2006). Synergistic effects of high fluoride and deficient iodine have also been found among both animals and humans.

This is all a lot of data to read through in the study but they hypothesized that higher urinary fluoride levels would predict higher TSH levels and that this relationship would be stronger among adults with moderate to severe iodine deficiencies. Another interesting result was shown reduction in T3 & T4 levels due to fluoride exposure, even at low doses. It is rare for a doctor to request T3/T4 to be tested when testing TSH (Thyroid Stimulating Hormone) levels so this is something that can be overlooked in thyroid health when we have had exposure to ongoing Fluoride intake. This in turn has also been linked to increased blood cholesterol levels as well as higher diagnosis of hypothyroidism and diabetes.

Overall, Iodine is a mineral we don’t get a lot of in our daily diets and is quite beneficial to supplement. We’ve seen several times over the years where an iodine deficiency was the cause of all the symptoms of hypothyroidism.

We can do the simplest things to help ourselves like take a skin test for iodine deficiency and if deficient, take iodine as a supplement daily. It’s also a good idea to switch to a non-fluoride toothpaste and filter any water that may contain fluoride. We carry a selection of toothpaste here at our clinic as well as multiple forms of Iodine. 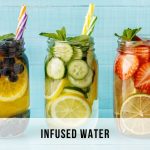 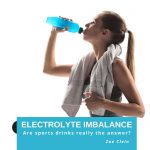